the unmarked space. Art always achieves both; it deconstructs conditions in order to replace

them simultaneously with new identities.”1

(Actually, Things Could Be Different) gives a short but precise description of the interaction

on which his – and ultimately every artistic – method is based: the transformation of the

conditional form into an aesthetic reality, the moment of deciding, within a given field, in

other possibilities behind or aside. This moment of determination has a dialectic relation to

the moment of contingency, which has written cultural history as a principle of artistic

production, be it in the work of Mallarmé, the Surrealists or Marcel Duchamp. It marks the

interplay between presence and absence, the simultaneous creating and withholding of

To a certain extent, monographic texts about an artist’s work pursue similar processes of

emphasis and omission. The periodisation of an oeuvre creates coherence and difference,

subjecting it to the logic of continuity – or of disruption. If one views the publications,

catalogues and texts about Peter Zimmermann, it becomes obvious that they are either

devoted to his works prior to 1998, which were received in the wider field of “Context Art”

to the group of works produced as from 1998, consisting of large-format paintings with

intense, glowing colours and polished surfaces, the motifs of which Zimmermann developed

on the basis of what is now a comprehensive archive of digital images. Only rare attempts

have been made to show these works in conjunction3, as the present exhibition in

Nuremberg does, and if so, the medium of painting is used to mediate, as Hubertus Butin

exemplifies in his book Peter Zimmermann Painting, published at the beginning of 2007.

There, he compares and contrasts the “Book Cover Paintings” of the late 1980s and early

1990s with what he calls the “Blob Paintings”, which he categorises as an “independent and

potential within a digitally influenced perception of reality.4

Paintings” and his “Boxes”. In the case of the book covers, the motifs transferred to painting

classics of art and cultural theory, or monographic works on artists – made it very difficult to

discern personal preferences. They spanned a range between theoretical reflection on

reproductive pictorial techniques – for example in Walter Benjamin (1990), a depiction of his

by Reclam – and a concept of art that sees itself as authentic expression and existential selfassurance: Jackson Pollock, to whom Zimmermann referred repeatedly, represented a

counterpoint to his own conceptual artistic approach, which reflects on the importance of

standard works of art history. For example, Piet Mondrian or – in a later work – Minimal Art

New York in 1966 also served Zimmermann as patterns. In his series of “Raster pictures”,

the visual structure of which recalls the raster dots so typical of offset printing, but which was

produced on the basis of digital patterns between 1999 and 2001, Zimmermann ironically

highlights – also by referring to Sigmar Polke’s works – this older technique, which he now

present day: epoxy or synthetic resin augmented with pigments. Depending on the concentration and fluidity of the pigments, this creates either a lucid or an opaque

impression, but it certainly involves an inherent aspect of industrial chill and distance. The

choice of material, therefore, is also a rejection of the idea of the artistically authentic

3 Stephan Berg’s essay In the Flow, in: Peter Zimmermann. Capas de Gelantina/Layers of 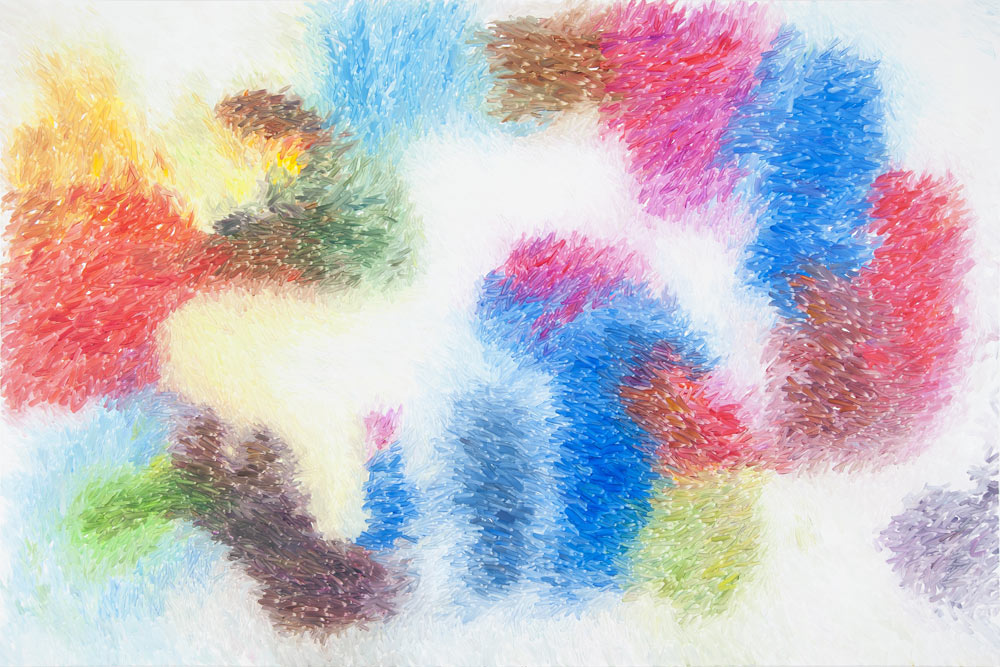 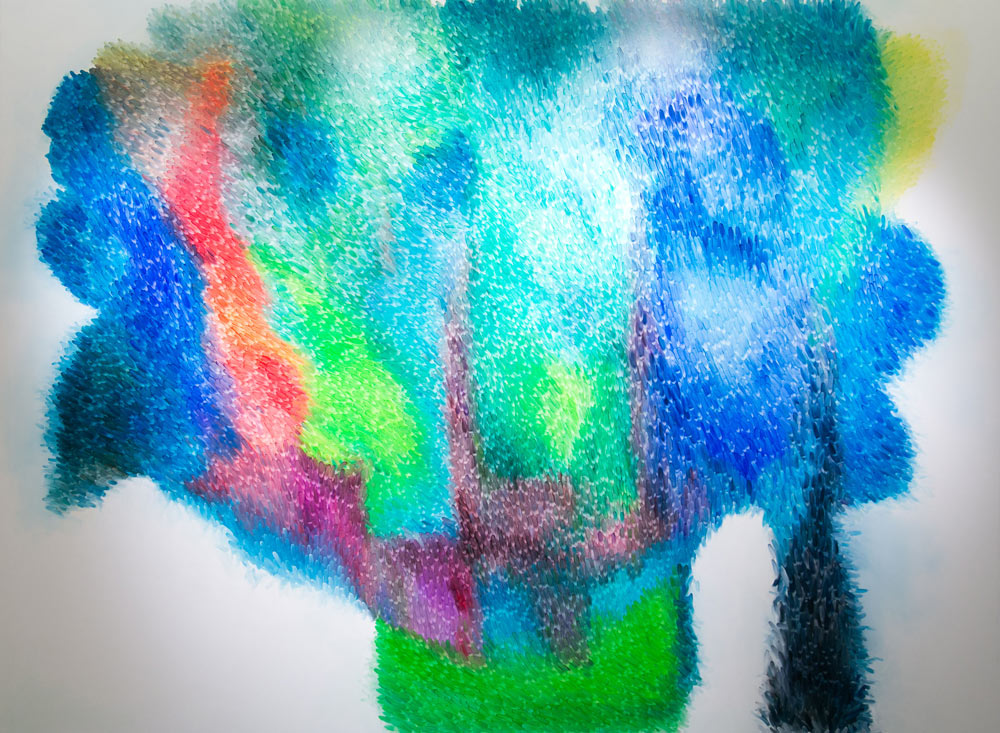 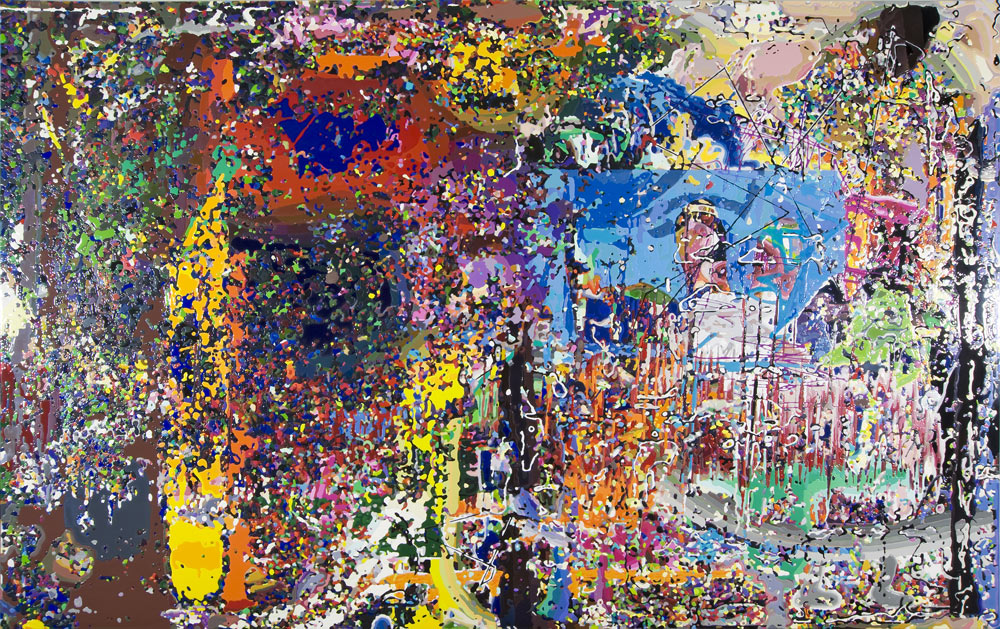 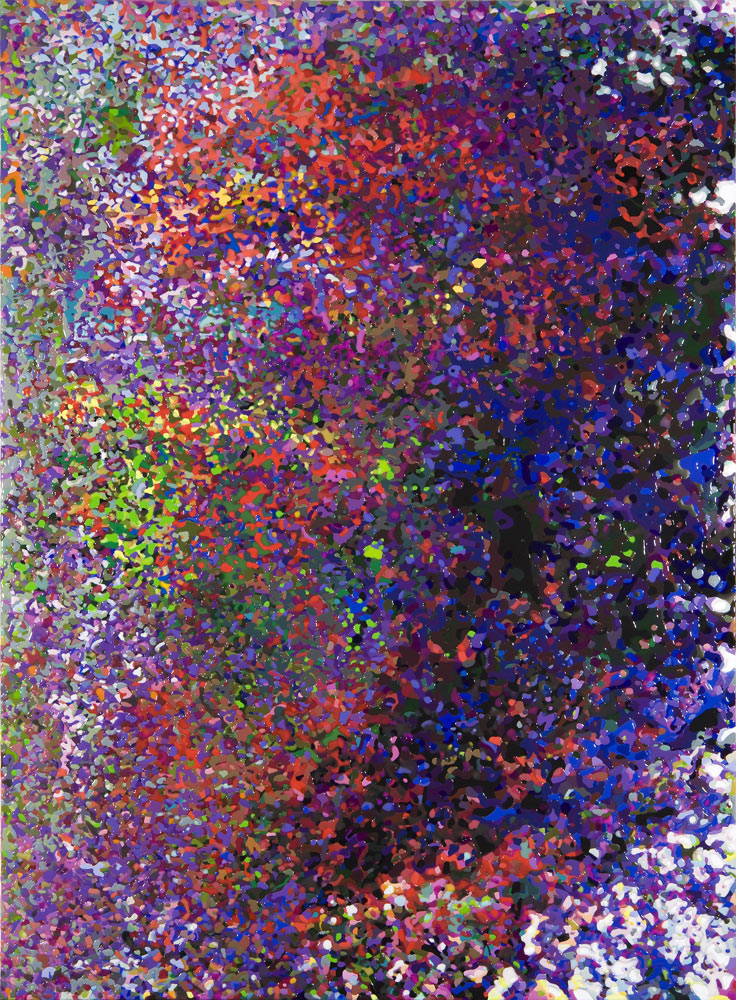 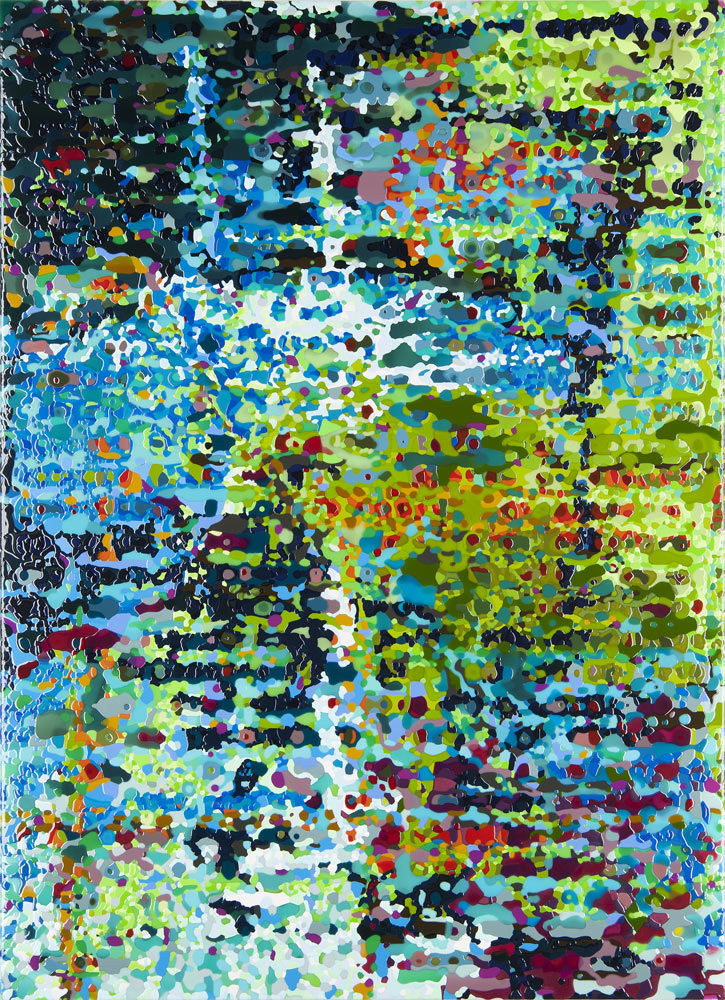 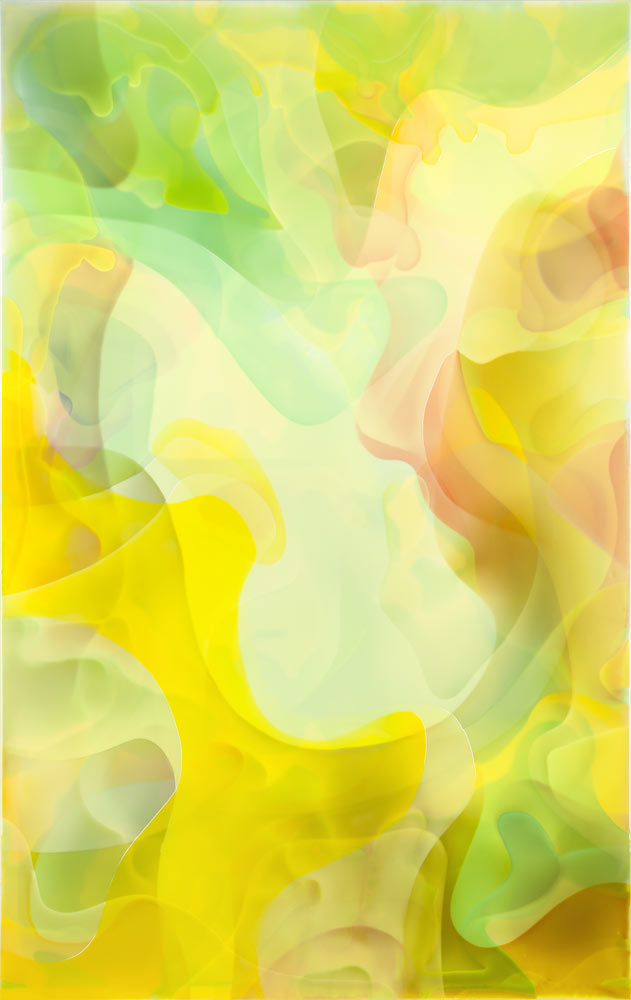 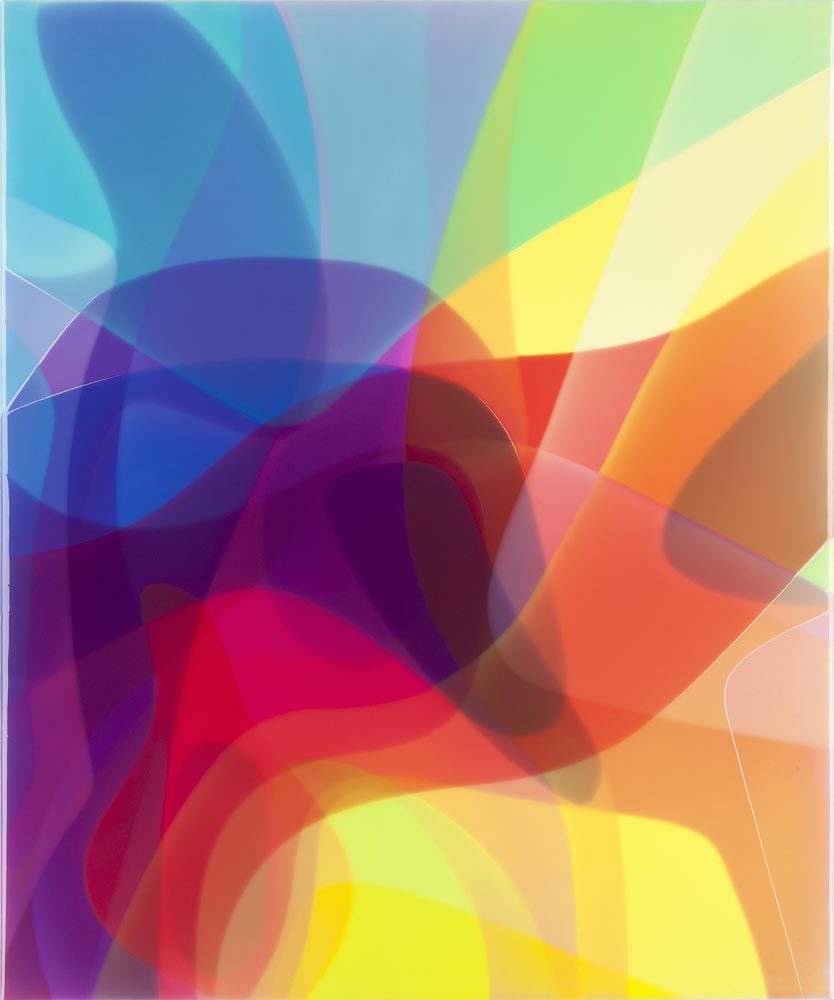 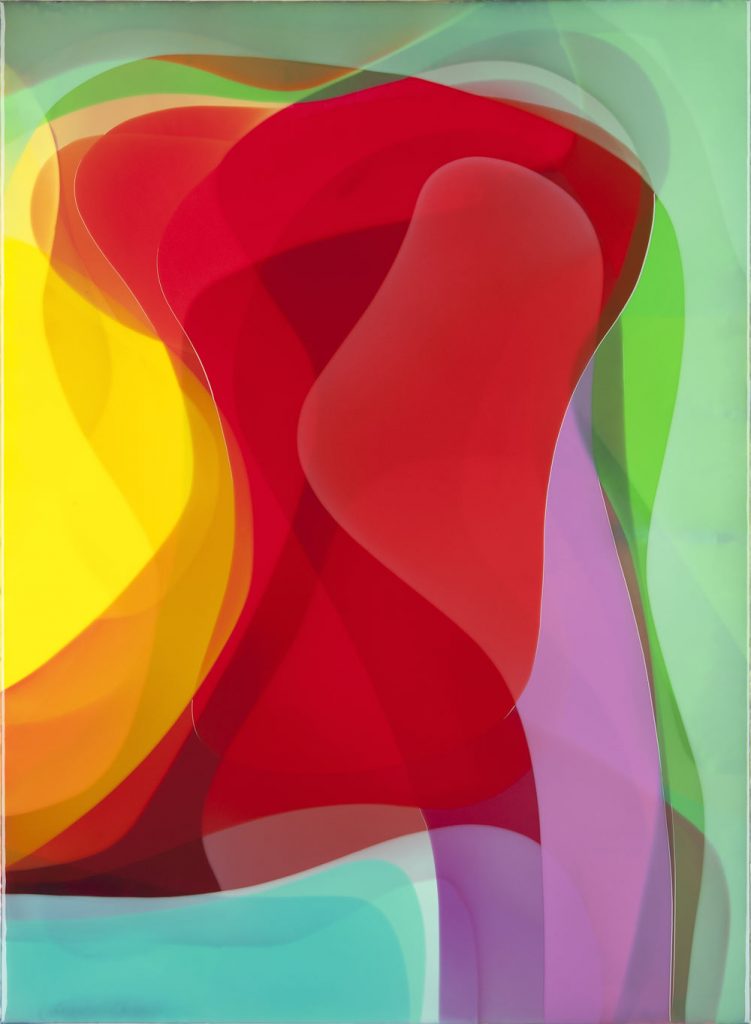 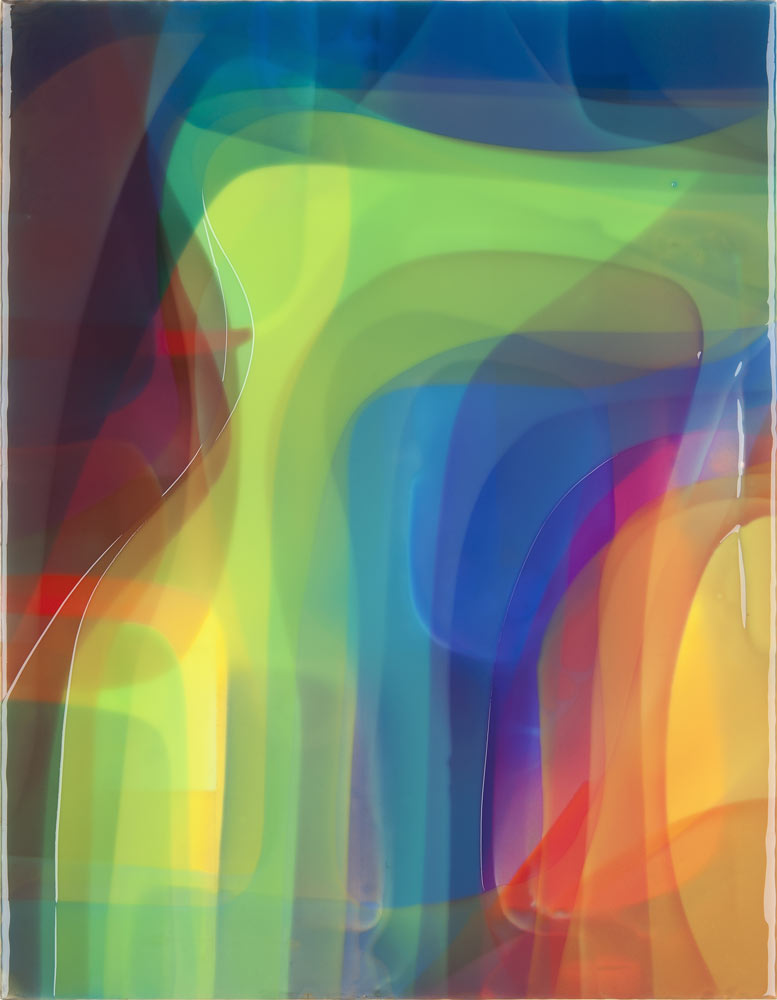 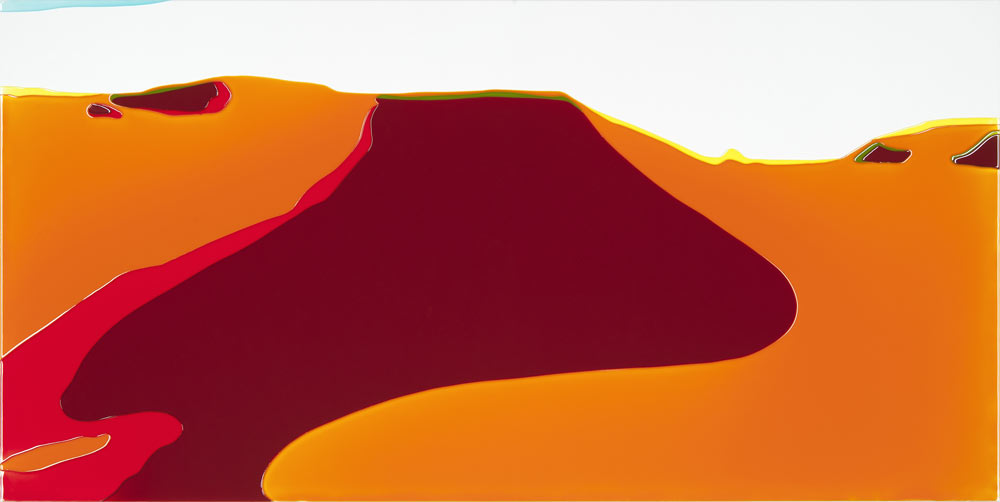 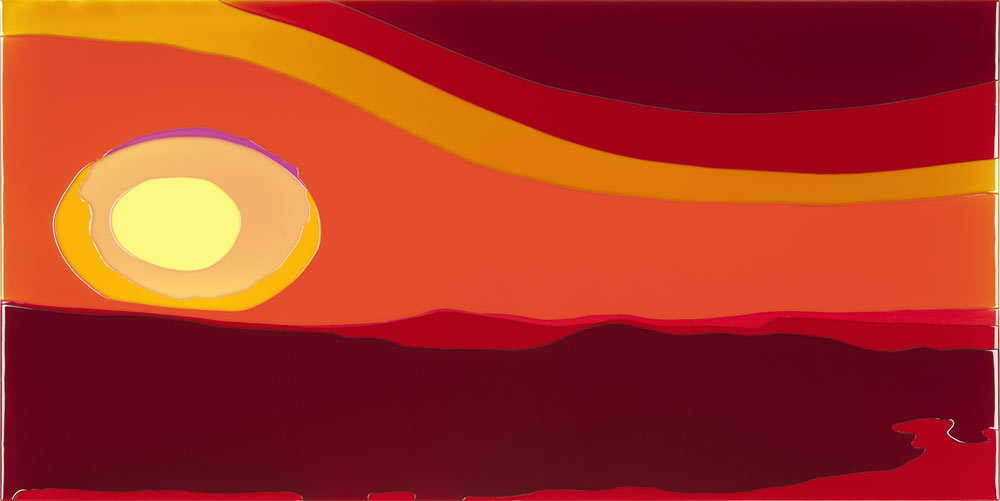 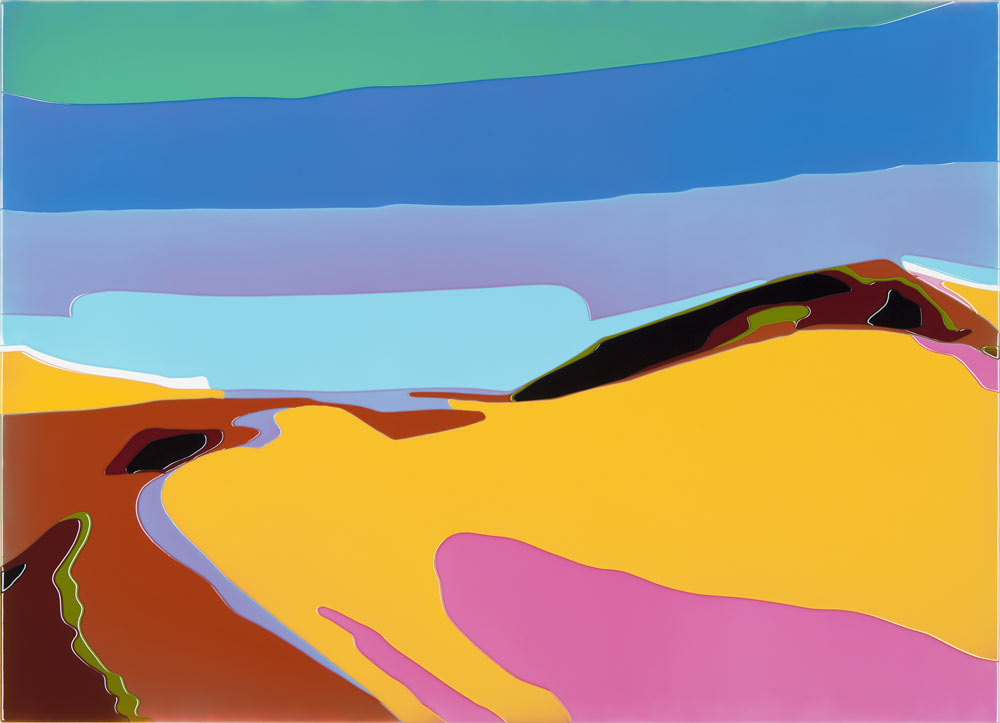