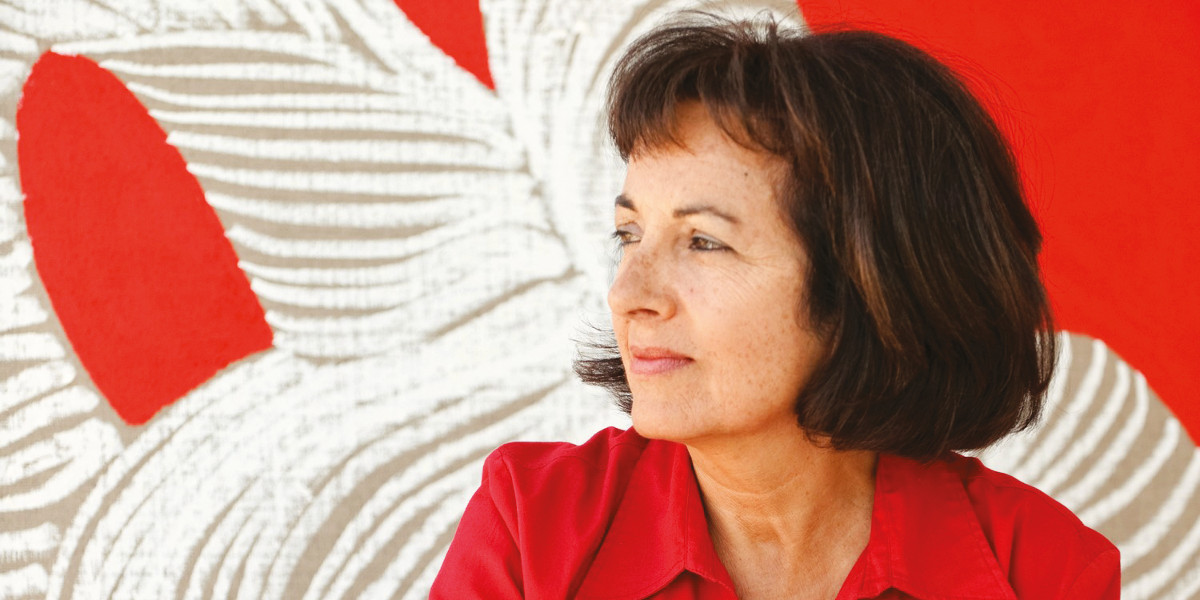 In the mid-1970s, Najia Mehadji graduated with a master of fine arts and art history and a license in theater production from Paris. That gave her the opportunity to work with Peter Brook and the Living Theatre, avant-garde groups open to cultures, termed “non-European”.

During those years, she discovered the Japanese Zen aesthetics and rituals of the Sufi whirling. Later Najia conducted performance, with students of contemporary music, drawing on large sheets of paper with sound previously by micro. At the same time, she attended the group Women / Art, and participated in the review of women Witches, where she published her first drawings; diagrams of black and white, described as “sensitive abstraction.”

In 1985, she spent a year with a scholarship in Essaouira “Villa Medicis Hors les murs”. It was then, when she painted her series on the myth of Icarus, “a symbol of risk taking and freedom”, on large canvases with extremely structured imprint of body gestures and geometric shapes. These works showed in her first solo exhibition at the Fine Arts museums of Caen and Poitiers in 1986/87.

In 1993-1994, in response to war crimes committed against Bosnians in the former Yugoslavia, she created the series of domes, which attests to her interest in forms “transcultural” in architecture (including the octagon), while explicitly referring to the representation of cosmology in the arts of Islam. Later on in 2005, she returned to this same tragedy with her series War Flower.

From 1996 to 2009, Najia Mehadji drew on large canvases with chalk oil paintings of intense color / monochrome drawings from symbolic themes such as Sphere, the tree (or tree of life), the grenade (the fruit), translated into many “flow abstract structures”, transmitting, the notion of infinity.

In 1998, she was a visiting professor at the Ecole Nationale Superieure des Beaux-Arts in Paris.

Since 2005, continuing her commitment against violence of wars in the Middle East, she created digital works such as the details of prints by Goya, including The Disasters of War.

From 2008, she embarked on a new series of large format digital images that give a sculptural aspect to her gestures. It is the Volute, the Arabesque, and the Mystic Dance. The folds, the free gestures, and the references to oriental calligraphy and Sufism are all formal proposals that allow it to capture a singular practice traditionally performed by men.
NAJJA MEHDAJI
Her personal exhibitions were held mainly in France, Morocco and Jordan.
In France:
Museum of beaux-arts – Poitiers
Museum of beaux-arts – Caen
Museum of beaux-arts – Epinal
Gallery Montenay – Paris
City Hall – Paris
Gallery Le Navire – Brest