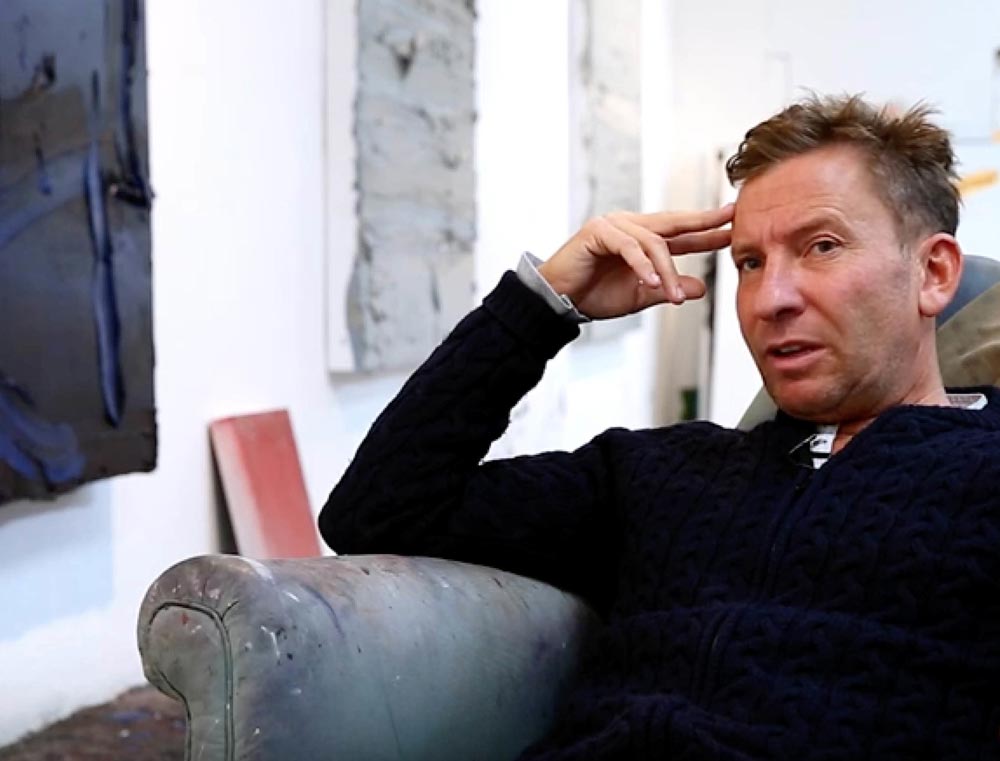 In a career that spans almost two decades, Martin has become renowned internationally for his rich, sensuous, abstract paintings. He achieved early recognition for this work with gallery exhibitions in London, Japan and Germany in the mid-1990s but was catapulted on to the international stage with the inclusion of his paintings in “Sensation: Young British Artists from the Saatchi Collection”.

His work subscribes to the western tradition of gestural painting, producing monochrome paintings on an aluminum background upon which the brushstroke becomes the subject matter. Color is the starting point, the background remains saturated, sometimes visible, sometimes invisible. Martin’s singular style of working the luxurious surfaces of his monochrome paintings with a purpose-built comb has become well-known internationally.

The shiny surfaces look rather like soft human hair combed into flowing waves that capture and reflect the light. Martin occasionally intermixes his paint with different shades of color, which on close inspection are perceptible as single streaks.

Martin was born in Jersey, Channel Isles. He studied at the Chelsea School of Art and Goldsmiths’ College, University of London.